Slabtrack, as an alternative to ballasted track, has been in use internationally for some decades. The scale of adoption has varied from extensive in the case of some metro systems such as those in Japan, to intermittent and of limited scale in many countries including South Africa. The scope for the adoption of slabtrack is however increasing and RCE has been active in promoting its use in a number of applications.

Whilst the life cycle costs of track slab have been shown by large users of the system to be competitive with ballasted track, high construction costs have detracted from its widespread adoption. Economical construction requires that cost of components, mainly rail chairs, and the cost of labour, mainly associated with the high skills required for the achievement of tight tolerances, need to be addressed.

Typical applications under implementation by RCE include passenger platforms in the PRASA network, runways for heavy duty gantry cranes, and railway viaducts. Projects are typically relatively small scale, intermittent, and geographically widely distributed. These characteristics dictate that the system adopted must have low establishment costs, be simple to construct, and be scalable to accommodate project size and construction tempo. 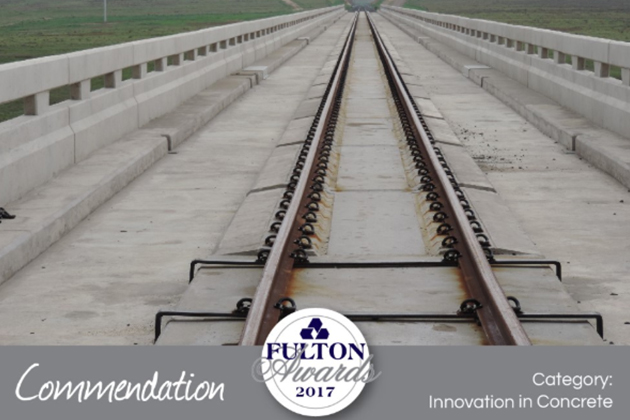