The Bahnhof Square Mall property development, located on the old Swakopmund Railway Station footprint, has been planned by Eris Properties Namibia (Pty) Ltd and Bahnhof Square (Pty) Ltd. The development of the Mall necessitated significant re-design of the TransNamib rail infrastructure, including the Swakopmund Station buildings, railway trackwork, maintenance lines, mainline to Walvis Bay as well as the service lines to the salt works. In addition, the access roads to the town of Swakopmund had to be re-modelled.

The key feature of the re-design and re-location of the infrastructure of TransNamib and the Swakopmund Municipality, has been to identify and develop alternative railway operational models for the re-designed infrastructure. The challenge was to provide the same or improved rail service functionality on a reduced railway infrastructure footprint. In addition, all the re-modelling had to be performed under carefully planned stage working, ensuring business continuity under full operational conditions. The new Swakopmund Station layout provided for commuter arrivals and departure lines (inter alia for tourist trains such as Rovos Rail), station buildings, general freight off-loading lines, and connectivity to the salt works.

The following services were provided: Development and evaluation of various rail layout alternatives, demonstrating the required functionality in terms of passenger and freight rail services as well as connectivity to the Swakopmund – Walvis Bay mainline | Development of an operating model for the new Swakopmund Station precinct | Topographical Site Survey | Geotechnical Investigation | Detail design of earthworks, railway trackwork as well as the re-alignment of Mandume Ya Ndemufayo and Newton Einstein Streets | Preparation of tender and contract documents | Contract management, Quality Assurance and high-level site supervision for earthworks, roadworks and railway trackwork.

RCE Consultants provided the Client with an elegant, workable logistical solution and practical layout of the new Station precinct. The re-alignment of Mandume Ya Ndemufayo and Newton Einstein Streets was successfully implemented and the railway trackwork partially completed. The latter provided a functional rail connection to Walvis Bay as well as connectivity to the salt works and a passenger rail line. The re-designed layout offered the operator increased operational flexibility as well as the ability to accommodate and cross longer trains. 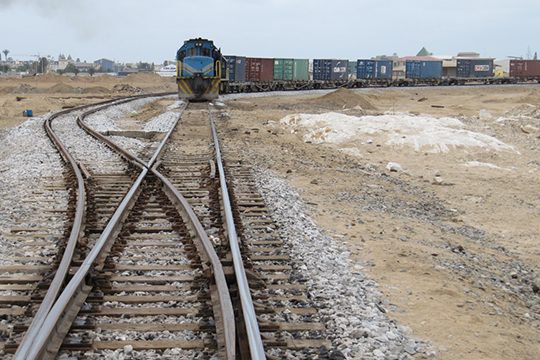 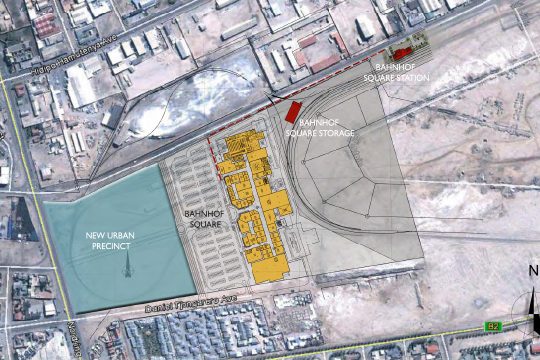