Transnet, in conjunction with Swaziland Railway are investigating the feasibility of a new connecting railway line through Swaziland, i.e. the Swaziland Rail Link (SRL). The route lies between Lothair in Mpumalanga Province via Matsapha to Sidvokodvo in central Swaziland. The new line is the backbone of a planned strategic link to Swaziland and the export Ports of Richards Bay and Maputo.

Detailed route planning and alignment design of the SRL evolved from the FEL-2 pre-feasibility stage, having a fairly low level of definition. Raising this to detail design, now with environmental and land owner input, led to numerous alignment revisions and redesign.

Topography, particularly the descent into central Swaziland results in embankments greater than 30m in height and cuttings around 30m in depth. Steep downgrades for loaded trains pose particular challenges in bridge design and perway interaction at high and slender bridge structures.

This is exacerbated by the train design requirements of up to 200 high capacity wagons using Distributed Power for traction.

The detailed engineering design of a 146km new railway link connecting Lothair on the TFR network to Sidvokodvo on the Swaziland Railway network has been performed.

The adverse topography of the route, especially via the Usutu valley in Swaziland, posed exceptional design challenges. This heavy haul line is designed to 26 ton axle load standard and includes the operation of trains consisting of up to 200 wagons using Distributed Power technology. 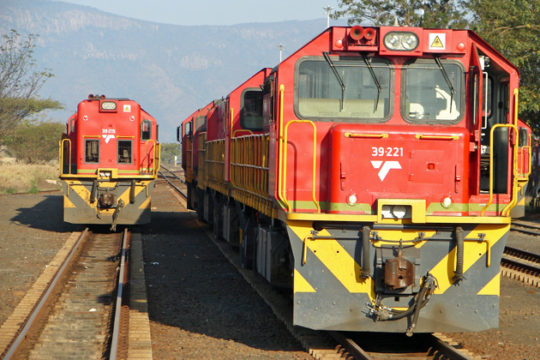 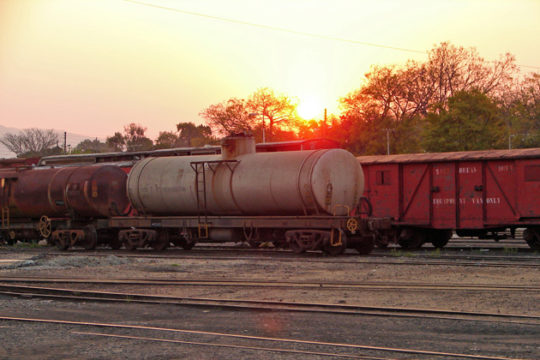