RCE was appointed as technical consultants for the initial feasibility studies and thereafter for the design and implementation of the train loading site/infrastructure required for the project.

Coal supply to the plant is from two collieries. Once washed, the coal is again transferred by conveyors to stockpiles for onward transportation by road or rail.

The rail system essentially consists of two parallel balloon loading lines, each equipped with a load-out facility. Each of the loading lines can accommodate trains consisting of 100 wagons.

The lines are constructed to support 26 ton axle loading.

The facility is designed to have sufficient capacity to rapid load 8 Mtpa of export coal to Richards Bay Coal Terminal (RBCT) and 6 Mtpa of domestic coal destined for Eskom power stations.

RCE’s involvement focused on the fixed railway infrastructure for the private siding from the take-off point from TFR’s main line up to the placing of railway wagons for loading.

The project culminated in the design and construction of a heavy haul (26 ton axle load) railway formation, various stormwater drainage structures, a major rail over road as well as a rail over rail bridge.

The construction management of railway trackwork and overhead traction electrification completed the work performed by RCE. The facility has the highest coal to rail load-out capacity in Southern Africa of 14 Mtpa. 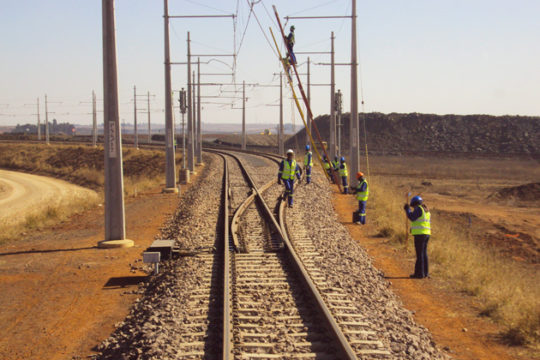 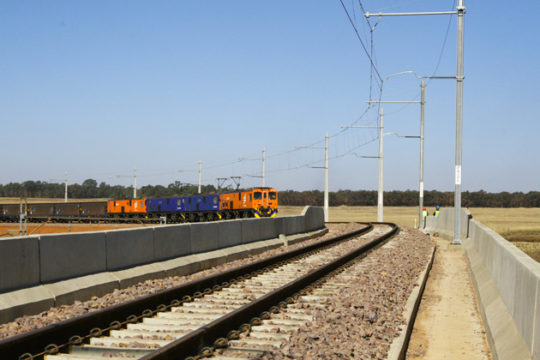 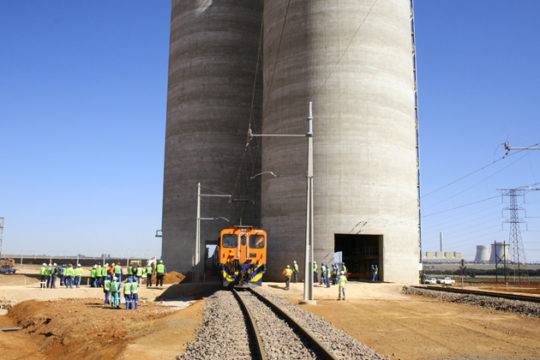